Matilda Kuntaja, chair of the Mwaiwathu Goat Club, caring for one of her goats. Credit: Felix Malamula (PRIDE)
25 February 2022

A livestock pass-on program is helping Malawian farmers and their families look to the future, kid in hand

Malawian farmers are sharing the benefits of a small-scale, livestock pass on program in RFS country districts.

Upon entering a certain village in Phalombe, a district situated about a hundred kilometres east of Blantyre, Malawi’s second largest city, you will find one dominant domestic animal wandering around–goats. The streets of Mjojo, a village headed by the Traditional Authority Nkhulambe, are absolutely brimming with the animal associated with bringing nutritional value to households and diversifying income for small-scale farmers.

But according to Matilda Kuntaja, one of the villagers, this was not the case two years ago. “Most of us have never had an opportunity to own or raise any livestock, let alone goats”, she says.

Kuntaja, 38, who chairs the 45-member (32 women and 13 men) Mwaiwathu Goat Club, is benefiting from a small-scale livestock scheme that the IFAD-led Programme for Rural Irrigation Development (PRIDE) and Enhancing the Resilience of Agro-ecological Systems Project (ERASP) established in 2020.

The small livestock pass-on scheme was initiated with 15 club members (11 female and 4 male). Each farmer received five goats, totalling seventy-five. “These are the first line beneficiaries who are expected to pass on the benefits to the second line of beneficiaries,” explains Christopher Ching’amba, Assistant Veterinary Officer for Phalombe.

Under the scheme, Kuntaja and her 14 peers are each expected to pass on five goats to the next line of beneficiaries after the original five produce five more.

In Kuntaja’s case, she has already passed on 3 goats. She hopes the remaining two will be given to her beneficiary by August this year. “Once I am done, then it will mean the remaining goats will be mine,” says the mother of three.

One of Kuntaja’s three children is already in college with two following closely behind in secondary school. “I want to use the benefits to support their education,” she says. 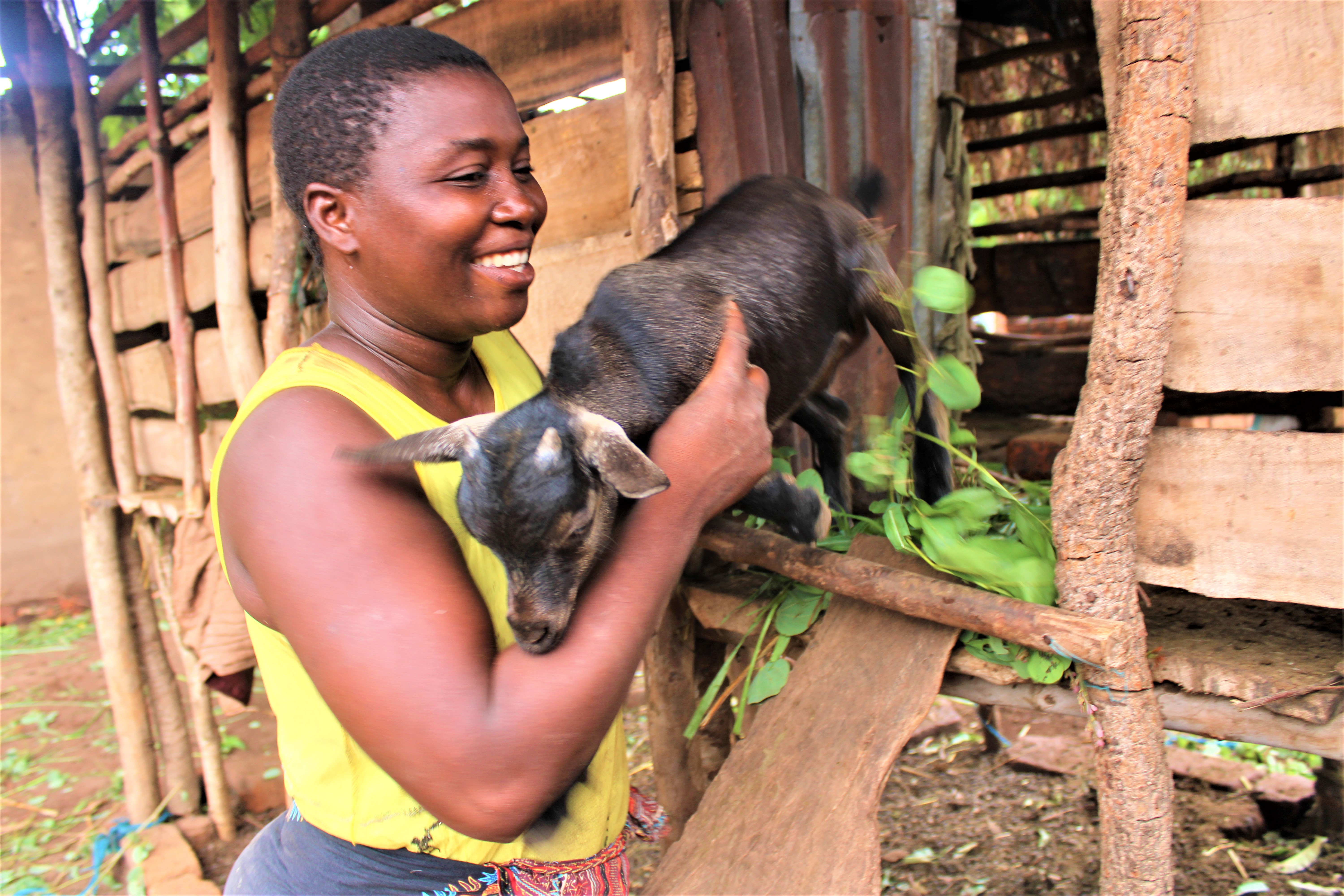 Matilda Kuntaja helping a young goat out of the kraal. This goat will be passed on to another beneficiary in August 2022. Credit: Felix Malamula (PRIDE)

Reaching this far, however, has not necessarily been easy for the first beneficiaries. As Edina Muleso reflects, the past two-years as a goat farmer have seen some downs with the ups. Like when immediately after receiving her 5 goats, one died.

She attributed the unfortunate incident to the late availability of veterinary vaccines. But despite the big setback, she persevered.

“It was depressing but that incident made me more determined to save the remaining four,” she says.

Backed by the knowledge she received through the training PRIDE provided, Muleso has managed to pass on four goats. And unsurprisingly, she is already dreaming bigger.

“I am looking forward to seeing the flock grow. Then I can start reaping the fruits of this program fully.”

So far 660 households have received goats across the PRIDE/ERASP districts, translating to 3,300 goats. Out of the 660 households 296 are male headed, 244 are female headed, 102 are youth headed and 18 are headed by persons with disabilities.

The farmers also each now receive drug boxes to ensure that the goats survive any health scares.

When it comes to scaling up the benefits for Malawian farmers, the RFS Malawi team is not kidding around. 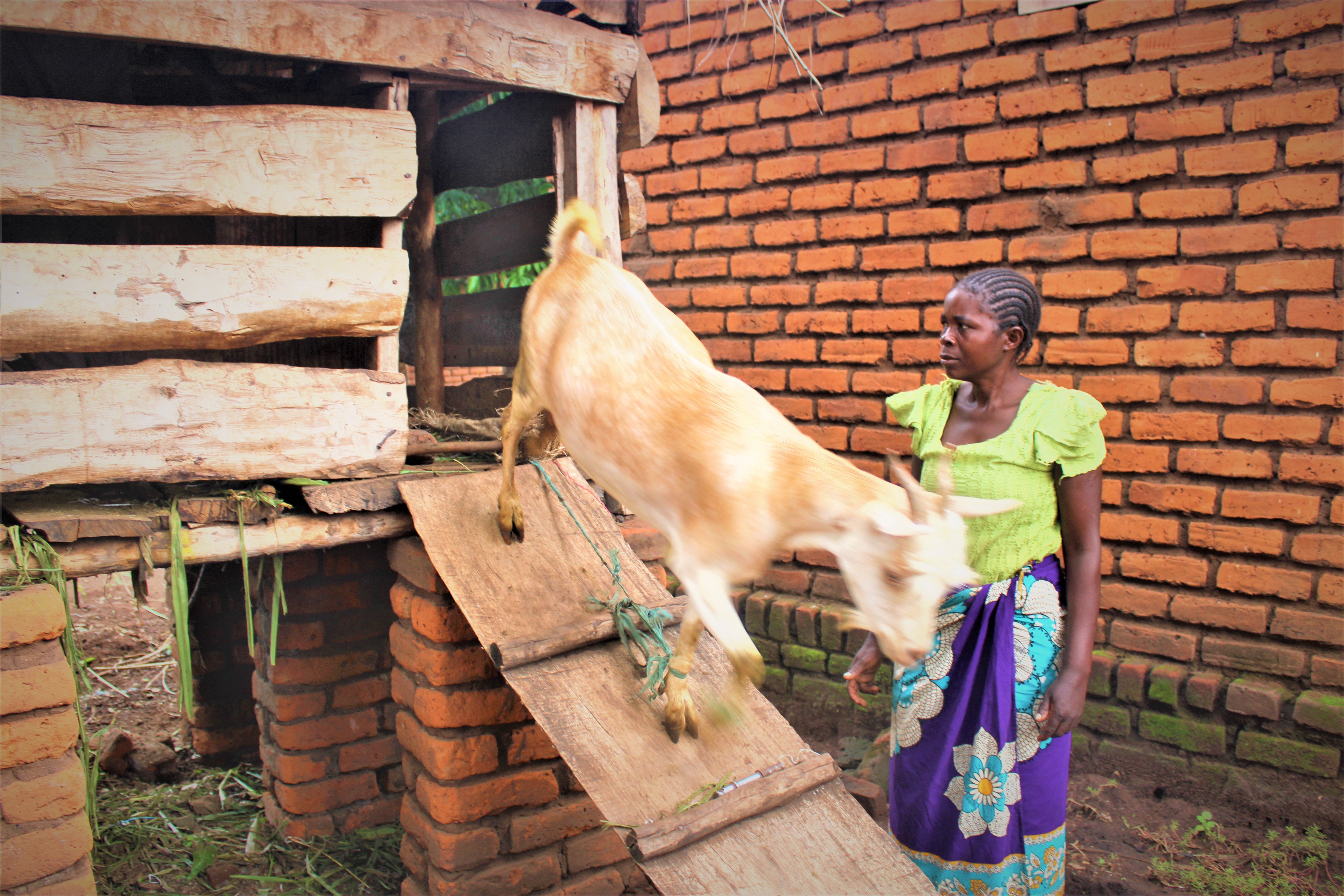 Edna Muleso looks on as one of her goats comes out of the kraal. Credit: Felix Malamula (PRIDE)