For women in Benue State, beekeeping offers an avenue for income and independence

Thanks to support from the RFS country project team, women in Benue State will soon be making money from honey sales, generating an alternative stream of income for themselves and their families.

When the RFS Nigeria project initiated a beekeeping training programme for women across ten communities in the two local government areas of Buruku and Obi, their first task was to convince the women that beekeeping was not exclusively the domain of men.

Traditionally, beekeeping has been both labour-intensive and dangerous. By using hollowed-out logs to attract bees, farmers could spend hours trying to get a good hive. Harvesting excluded women and created a fear of handling bees within the community.

But the smallholder farmers in the ten women’s cooperative groups were shown that, with modern beehives and handling techniques, together with training, there was little to fear, and much to gain.

In Northern Nigeria, RFS is working to foster sustainability and resilience for food security, through the promotion of diversified, climate-resilient agricultural practices. The RFS project focuses on harnessing the sustainable use and management of natural resources for market-led economic growth in the agricultural sector. These objectives can’t be met without addressing the role of women as valuable contributors to agricultural production.

The women were trained in the art of apiculture: how to build, colonise and manage hives in all seasons. They constructed their own beehives using cheap and readily available materials. In groups, the women were taught how to achieve good hive colonisation, extract honey and collect beeswax. 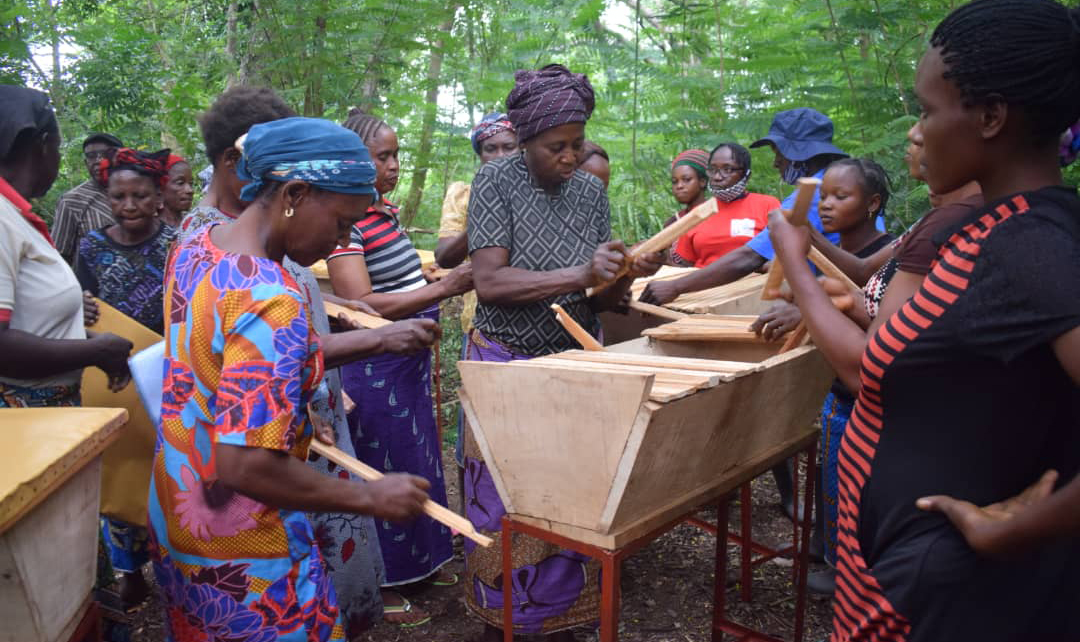 Beekeeping provides an avenue for the production of various high value products that are easily tradable in local markets. Honey, for example, requires few inputs, has a good cash value and is also easy to transport to markets further afield. The sessions equipped the women with the tools and know-how necessary to generate an alternative stream of income for themselves and their families. Trainers shared information about honey and beeswax markets and prices, while connecting participants with end markets.

But better income isn’t the only advantage. As these women gain financial independence, they are being placed in a better position to support their families through, for example, access to better healthcare and education for their children. By earning an independent income, the women are now seen beyond traditional household roles and are expected to gain status and decision-making power within the community. 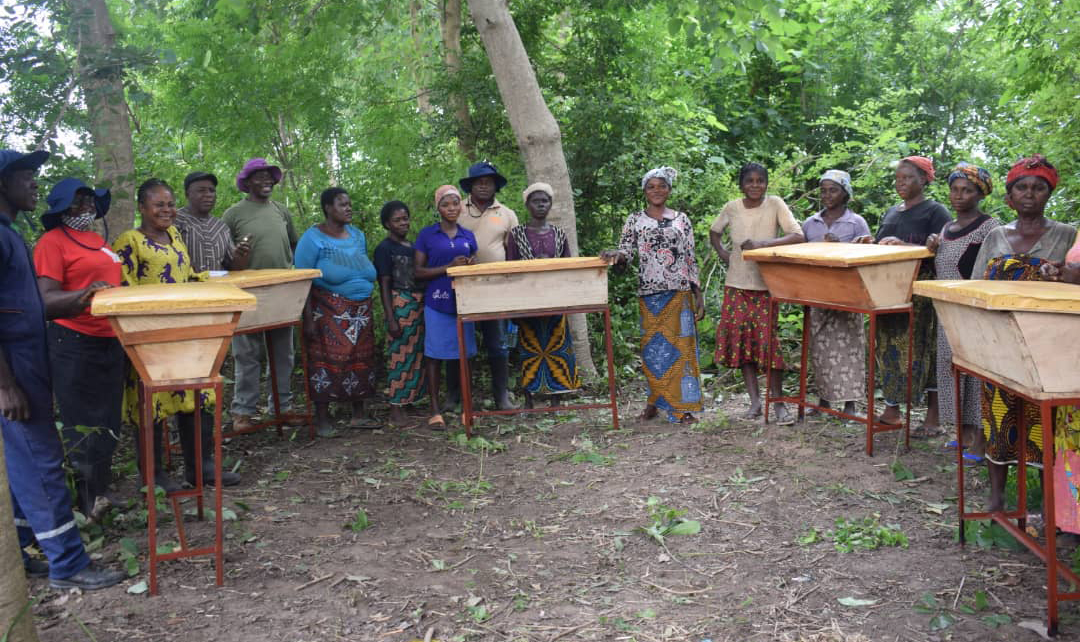 Women from ten communities in Obi and Buruku will soon be producing honey and beeswax for local markets in Benue State.

Beekeeping also benefits the greater agrarian community and surrounding environment. Honeybees are under threat globally and, as with other countries, beekeepers in Nigeria have seen a noticeable drop in the honeybee population, which is believed to be linked to habitat loss, pesticides and a changing climate.

Without these important pollinators, crop yields decrease. Pollinators, like bees, birds and bats, affect 35 percent of the world's crop production, increasing outputs of 87 of the leading food crops worldwide, plus many plant-derived medicines. Three out of four crops producing fruits or seeds for human use depend, at least in part, on pollinators.

This means that beekeeping complements the project’s sustainable agriculture objectives. In an agrarian region that struggles with food security, beekeeping can act as a positive influence on farming and ecosystem health, improving crop yields and maintaining biodiversity in Benue State.

As an accessible income-generating activity that supports community wellbeing, protects local ecosystems, and builds gender equality, the beekeeping training programme has been met with much enthusiasm. So much so, there is demand for expansion as more women and youth beneficiaries are eager to be part of the programme.