One classroom, one goal: Fostering intercommunity peace and resilience through Agro-Farmer Field Schools

Agro-Farmer Field Schools not only help farmers develop their agricultural skills sets towards enhancing sustainable and resilient food systems in their communities but are also creating bonds between communities as they work towards a common goal.

Historically, livelihoods in the Karamoja sub-region of Uganda were dependent on livestock keeping, crop cultivation and hunting and gathering from forests in a mutually reinforced integrated system that built and maintained community resilience against shocks.

However, in recent decades, shocks due to the changing climate and inter-community conflicts have had significant impacts on agriculture and the fragile ecosystems that threaten the agro-pastoral livelihoods of the majority rural communities. Faced with a difficult socio-economic situation in this changing context, forced changes in agricultural practices and spontaneous responses to frequent hazards have come with negative consequences on the sustainability of local livelihoods and agro-ecosystems.

A place that a wide diversity of neighbouring tribes calls home, Moruita sub-county in Nakapiripirit district, Uganda is where cultures meet. But no matter their traditions, everyone has a common goal: food security and resilient livelihoods.

Recognising the opportunity to intersect peaceful coexistence with overarching project goals, the RFS Uganda project Fostering Sustainability and Resilience for Food Security in Karamoja sub-region (F-SURE), implemented by the Grassroots Alliance for Rural Development (GARD), is helping to foster allyship between indigenous and non-indigenous tribes in the area through participation in Farmer Field Schools (FFS).

The Kadam people are one such ethnic minority tribe who have, over time, moved up the slopes of Mt Kadam due to long-standing, inter-tribal relationships favouring the more powerful Karamojong communities. Being in such a hard-to-reach area, they have limited access to basic social services and agricultural extension services. As the security situation changes, the mountain slopes where there is fertile land and improved access to social services is their best bet.

The Kadam people hadn’t worked closely with neighbouring tribes before, but under the RFS Uganda project and the FFS approach, they now have been able to build positive relationships since 2019.

This cohesion between communities with different ethnic backgrounds is the product of open minds in the local communities, and support from the Ecological Christian Organisation (ECO) who receive technical and financial support from RFS implementing agencies the Food and Agriculture Organization of the United Nations (FAO) and the United Nations Development Project (UNDP) with funding from the Global Environment Facility (GEF).

In 2020, the Kadam people participated in the community sensitization meetings conducted by ECO Uganda and the local government in Sikudik village in Moruita sub county aimed at mobilizing the communities to participate in the F-SURE project activities by joining or forming agro-pastoral farmer field schools (APFS). 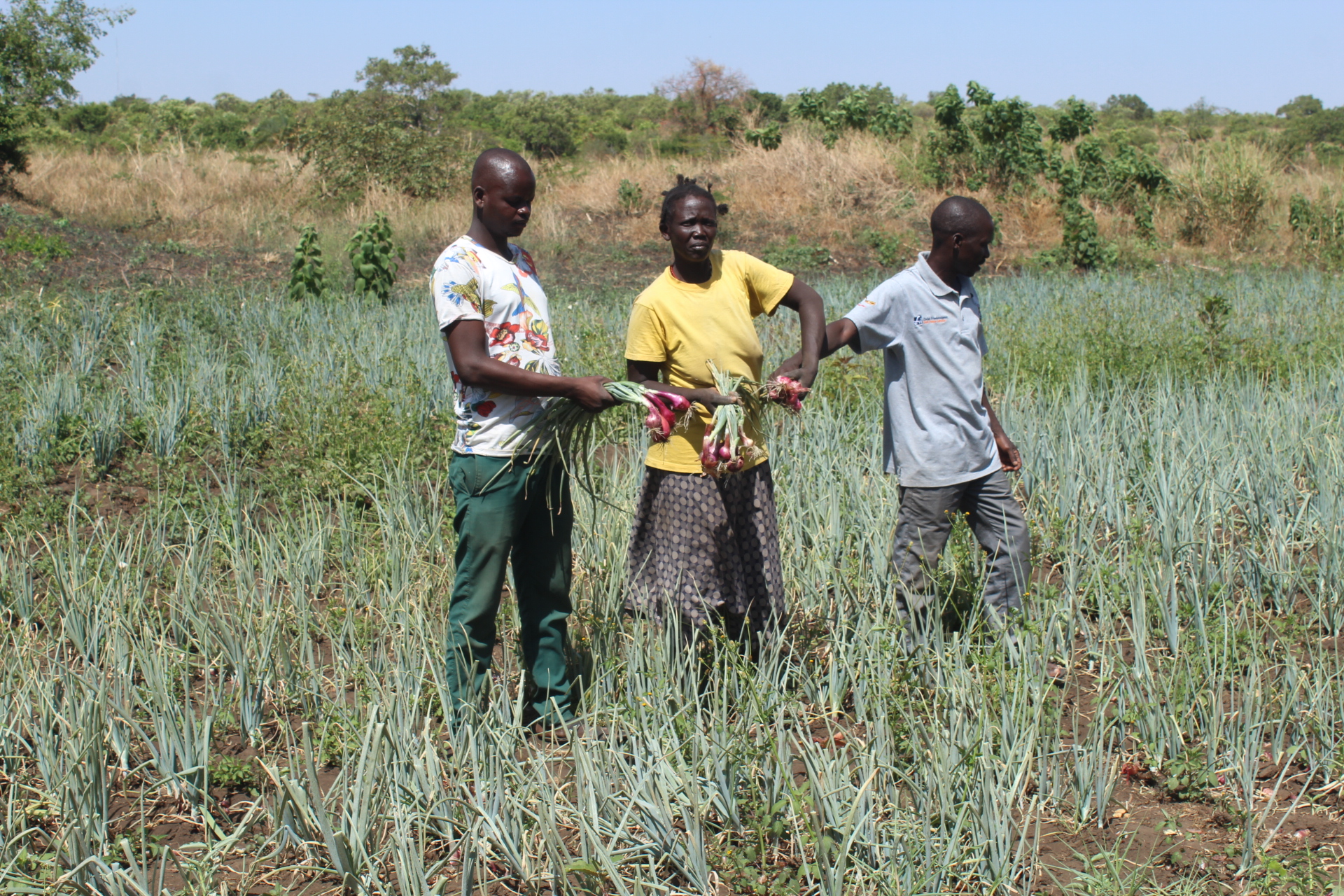 Formed in 2021, Napom APFS hosts a membership of 30 households with an emphasis on inclusiveness. The group makes space for diversity in terms of ethnic/language representation (13 Pokot/Kadama, 12 Karimojongs, and 5 Bagisu households), gender (17 female and 13 male members), disability status (4 persons with disabilities, 26 able bodied), and age groups (18 youths, 12 adults). Although some of them have closely related social and cultural practices - like the Karamojong, Pokot and Kadam - others do not – like the Bamasaaba, commonly known as the Bagisu, who are Bantus.

Each of the communities draws on their strengths to improve food and nutrition security and increase household income in the area. For instance, while the Kadama and Pokot communities live upslope, the Bagisu reside in the lowlands and so have more experience in vegetable production, business and marketing products, largely due to exposure and ease of access to markets.

Elders of all the communities are the project hosts and provide the group with land to cultivate, while youths provided much of the needed labour. Everyone here has a role, and everyone reaps the benefits.

Despite their historical differences and language barriers, the members of Napom APFS are working together to protect their environment and utilize the naturally fertile land and nearby river to engage in agriculture to produce surplus to sell in Nakapiripirit town and beyond. Through this group, they hope to contribute to ending food and income insecurity in the area in a sustainable manner.

Before joining the FFS, the main livelihood sources for most community members was selling forest products (charcoal, building poles and firewood), doing casual work in other people’s gardens or homes, and buying and selling agricultural produce. Some folks, including both men and women, would trek through the mountain forests, over very steep and slippery rocks to collect the leaves of the Khat tree (Catha edulis) - also known locally as mairunji or miraa - to sell in town where they are chewed raw as a stimulant.


“Some people’s lives, especially the youth, have been saved from cattle rustling because they are now engaged in farming so they no longer think about going for cattle raids. I am too excited to be part of group because I was saved from risky venture of climbing the slippery and tall trees to collect miraa to support my family. Since I joined the group, I now grow vegetables to sell and also loan money from the group to do local brewing for income.” - Chepkatap Lomeriboi

The climate-smart agricultural practices that are taught through the groups have improved productivity, as evidenced during an APFS field day which involved showcasing agricultural best practices and products. 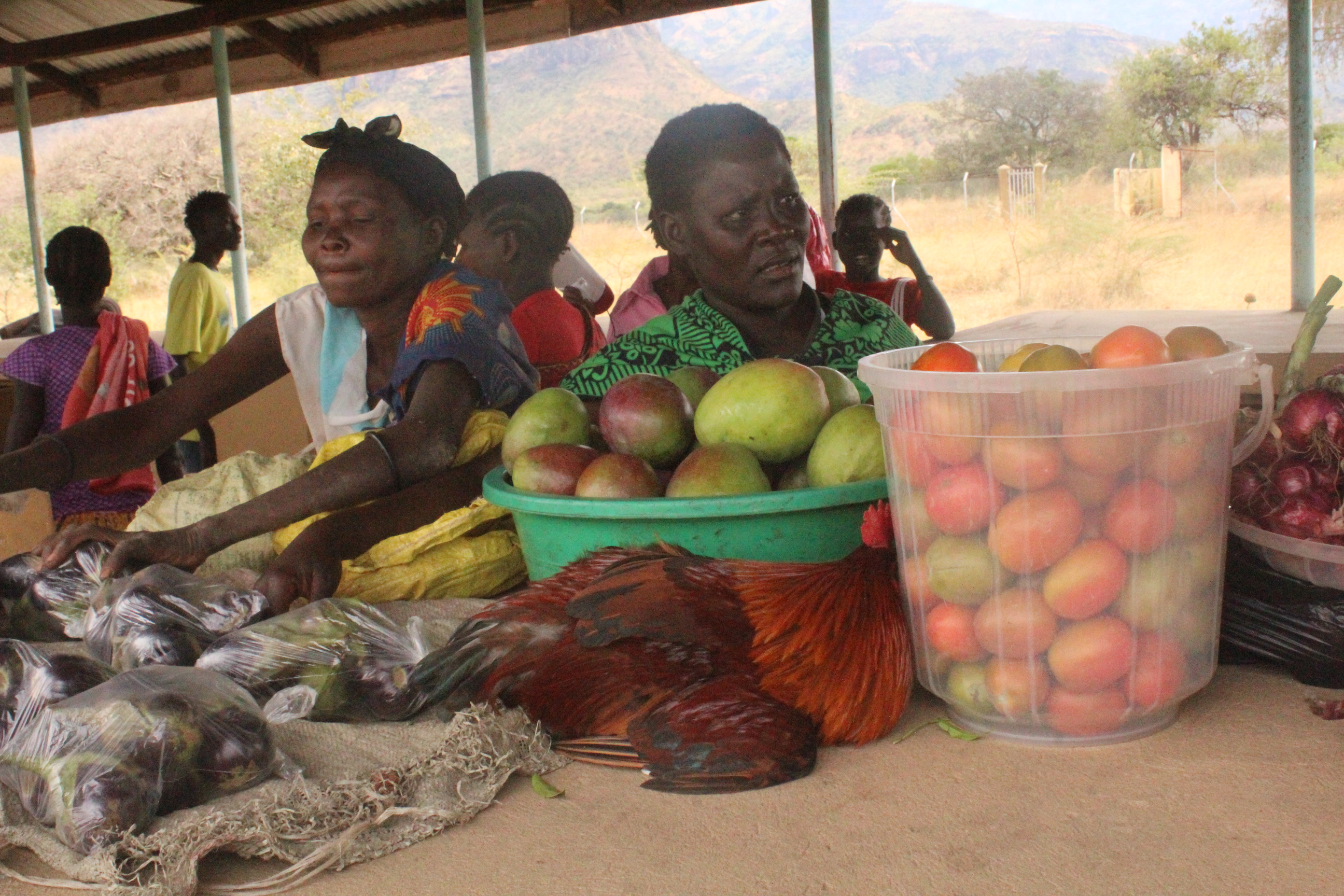 Beneficiaries showcasing their products at a field day in Mourita. Credit: FAO/ECO Uganda

Although 2021 was generally a bad year in terms of crop production due to drought, the group planted 1 acre each of maize and beans, harvesting 5 bags and 3 bags, respectively, and earning UGX 750,000 (211 USD). The group also cultivated around 1.5 acres of tomatoes and 0.5 acres of onions and earned UGX 500,000 (141 USD). These activities were undertaken in line with their group action plan which guides the learning activities of the APFS over a full season to address identified production challenges.

Vegetable growing has become a viable entry point for promoting sustainable land management practices and also offers a solution to food insecurity and malnutrition in the project area. Since project inception, ECO has trained over 1890 members of 63 APFS groups and supported the groups with various inputs to adopt CSA practices, soil and water conservation techniques for economic resilience.

The Napom group’s garden is near Chosam river - the only permanent river flowing down from Mt Kadam - so they have left a buffer zone to stabilize and protect the riverbanks from soil erosion and are mulching to conserve soil moisture. Anecdotes from community members suggest that gender relations have improved as well.

The group also invested about UGX 500,000 (141 USD) from their produce sales in a local Village Savings and Loans Scheme to support plans for the 2022 farming season. “15 members of the group have also replicated kitchen gardening to their households for consumption and income,” said Mr. Augustine, group Chair.


“We now have improved nutrition and a balanced diet because each member is given vegetables including tomatoes, onions and cabbage to take home after working which they cook and eat with their families. Before joining the FFS, I used to do casual work in other people’s gardens and homes where I would earn only UGX 3,000 for a full day, which would not be sufficient to buy enough food for the family.” - Mnangat John

The RFS Uganda project, with help on the ground from ECO and support from FAO, UNDP and the local government, has so far established 63 APFSs with 30 members each, and 5 watershed management associations comprising 20 members in Nabilatuk and Mourita sub-counties to promote sustainable and equitable use of natural resources. Each APFS has two community farmer facilitators (1 male & 1 female) who have been mentored to continue providing extension services beyond the life of the project.

These projects are for every person in the regions they affect and are even more successful with representation from all community profiles. The Napom group’s successes show that fostering peace through a common goal can lead to great things. 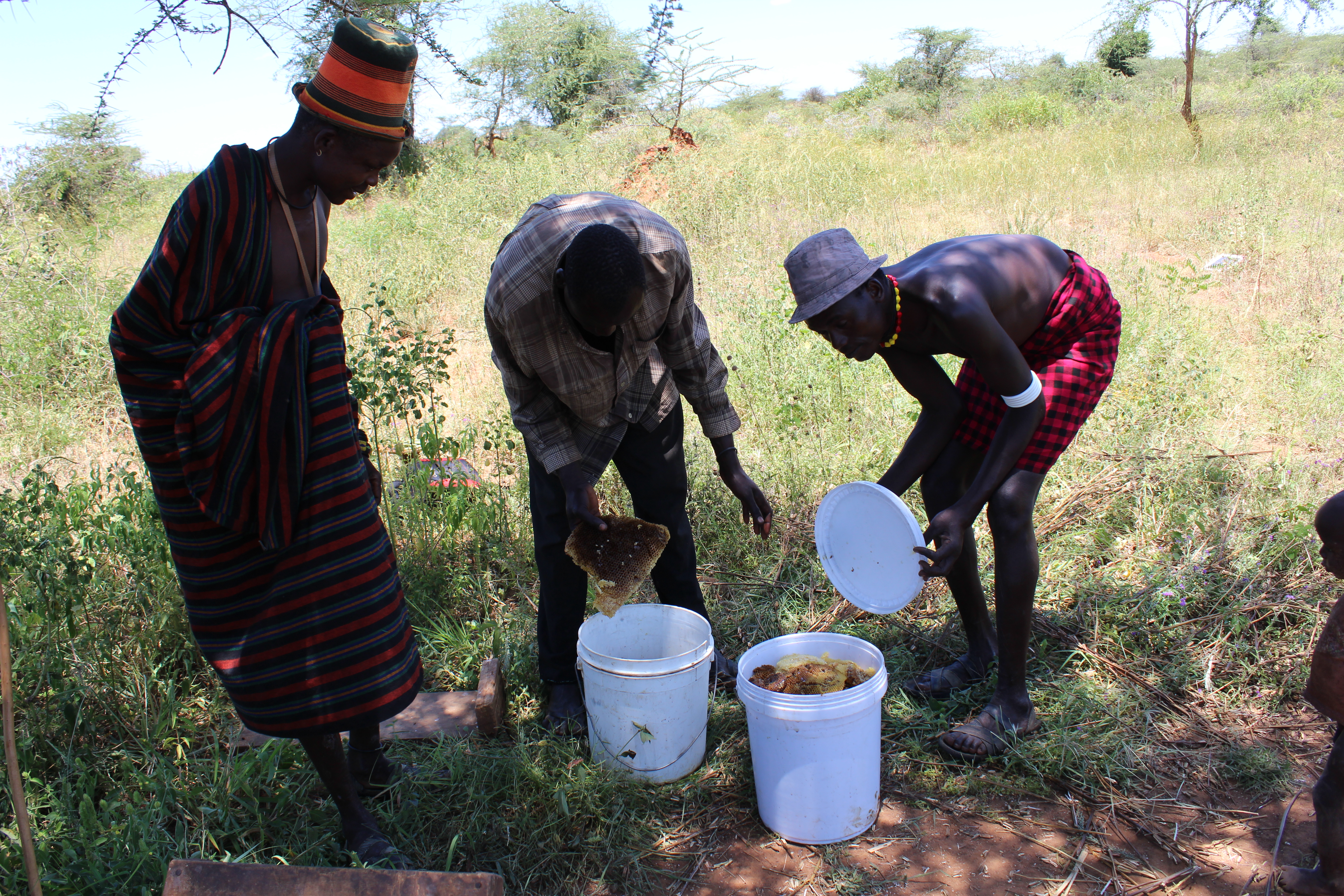