By regularly spraying insecticide, farmers in Raya Azebo have been able to protect the woreda from significant impact on their crops.
04 September 2020

Communities in Ethiopia are dealing with a ‘crisis within a crisis’ as a second round of desert locust infestations threatens food security amidst a global pandemic.

The Horn of Africa experienced a wetter than usual rainy season this year as weather patterns continue to become less and less predictable. Already cause for concern, this excess of rain coincided with the arrival of the desert locust across the region, a swarming, rapidly-reproducing insect that is notorious for leaving decimated farmlands in its wake. These locust swarms thrive when it is rainy, as their eggs require wet conditions to hatch, creating the perfect conditions for East Africa’s biggest locust swarm in 70 years.

In Ethiopia, a country where 8.5 million people suffer from acute food insecurity, an additional 6 million individuals live in areas currently experiencing a desert locust resurgence, putting them at risk of becoming food insecure.

Desert locusts have been reported in three RFS project woredas (districts) – Raya Azebo, Tuliguled and Doba. As the crisis evolves, these communities continue to suffer varying degrees of locust-related losses of staple crops and livestock productivity. 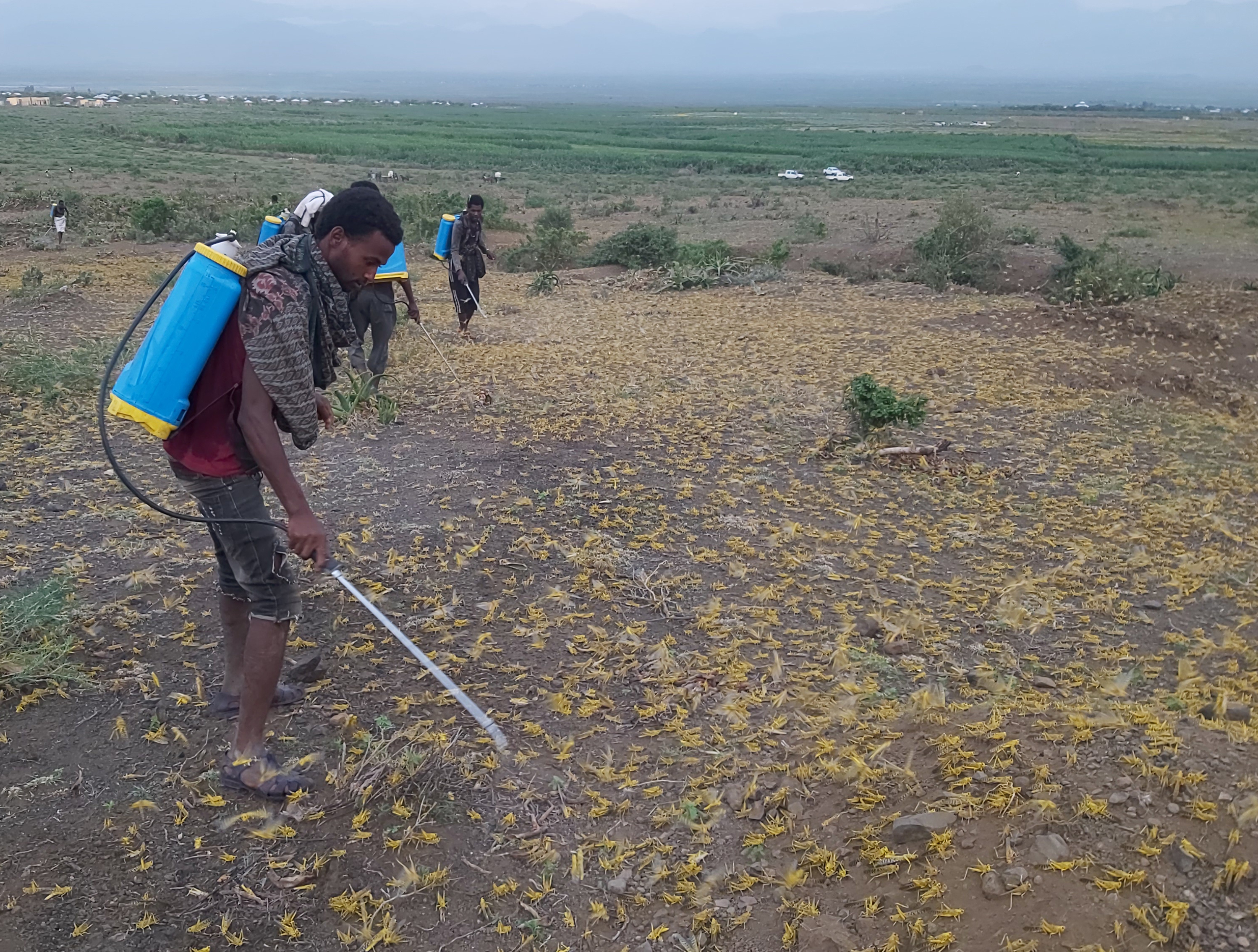 Farmers in Raya Azebo, through considerable organised community efforts, have been able to largely protect the woreda from significant impact on their crops. With help from the regional government, community members were able to kill the locusts with insecticide, and use steel tools to create loud noises to disrupt the locusts, preventing further damage to their crops.

In Doba, desert locusts have been found in 14,600 hectares of farmland, roughly 20% of the woreda’s total land, posing a huge threat to food security in the region.

Located in the eastern region of Ethiopia, Doba is one of the country’s major sorghum-producing areas. Sorghum is a resilient staple crop that is well-adapted to the semi-arid climate and accounts for nearly 10% of the caloric intake of people living in and around Doba. 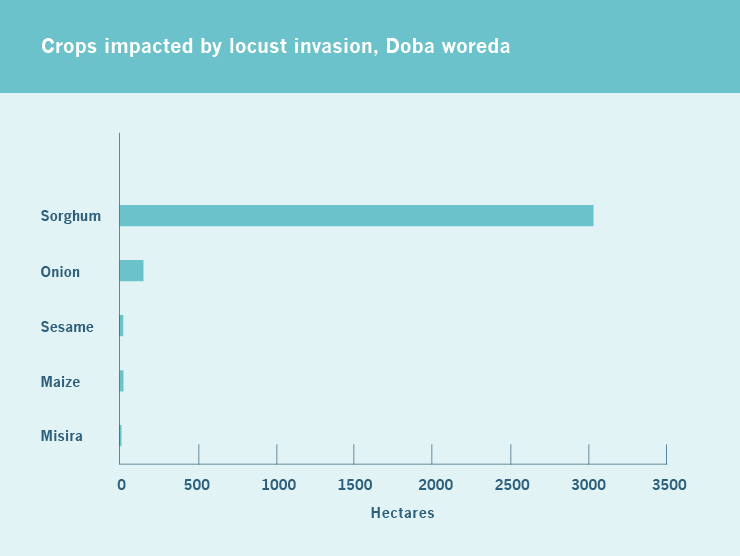 In Doba, sorghum production has been significantly impacted by the desert locust swarms.

The district-level Agriculture Office estimates that a total of 20,775 households in Doba have been impacted by the locusts. Sorghum is the most affected crop by hectare, sustaining almost 93% of the damage of all crops in the woreda. The destruction of sorghum and onions have had the highest impact on the livelihoods of farmers, together affecting more than 6,700 households. 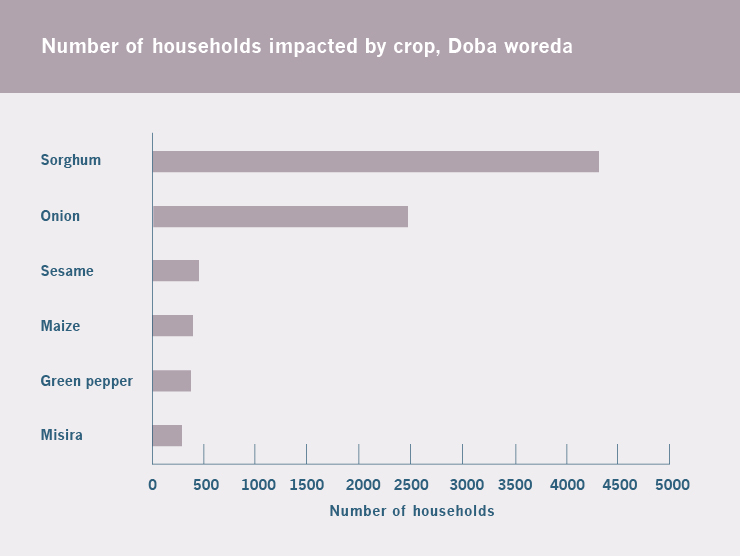 In Doba, the impact on sorghum and onion production will affect more than 6,700 households.

Ethiopian households are facing a crisis within a crisis. Simultaneously, the global COVID-19 pandemic slowed down local agricultural supply chains and caused food imports to contract. As smallholder farmers were hit by desert locusts swarms, flight restrictions caused delays in the delivery of pesticides that would help to eradicate the locusts. Many swarms were left unchecked, causing their numbers to grow despite local farmers’ best efforts.

The disruptions to normal supply chains, coupled with the decimation of staple food crops and pastoral farmlands in the wake of the desert locust, has left an additional 1 million individuals in need of emergency food assistance.

This crisis is far from over – FAO believes Ethiopia will remain the epicentre of the desert locust outbreak through October.

Meanwhile, in Raya Azebo, the spraying continues. As the second-round of infestation occurs in RFS communities, local governments and farmers continue to be vigilant in their efforts to protect their land. Through collective action, these communities are demonstrating extraordinary resilience in the face of numerous obstacles.